Our parents had it so easy…a letter was theirs to be sneakily read, a phone call, to be eavesdropped.  But we live in a world of pinging secret text messages. Codes, acronyms and apps never to be translated – or even known.  It’s another shift.  A new vocabulary with apps that are missing vowels (tumblr), and acronyms that are meant to leave us out of the story (PIR: Parent in Room).

Where is Benedict Cumberbatch (a.k.a. Sherlock, Alan Turing) when you need him? 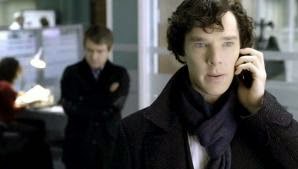 Welcome to the new reality.  But what feels like a tidal shift to us, is just a new software update for our teens.

When I bring up teens and social media with my friends, we share the eye roll; the heavy sign; the shaking of the head.  And, inevitably, one of us gives voice to the old lament – the refrain of generations past, “What’s to become of kids today?”

In this, “Growing Up Female and Social – Part II,” I reveal my Digital Daughter Ambassadors answers to what they think we don’t get about social media and what they would like us to know.

Bottom line, most felt like 14-year-old Page from Philadelphia, “They don’t get the importance of it!”

Technology has put our culture on an accelerated path, and the truth is, you don’t have to be 80 to be confused by the social media onslaught.

Slate Tech Reporter Will Oremus – a Millennial who, “Like any self-respecting member of my generation, whiles away my days tweeting, snapping selfies, watching Vice TV, and voting for Barack Obama” – admitted that Snapchat, the fastest-growing app in the world, remains elusive. In his story, “Is Snapchat Really Confusing or I am Just Really Old?” he says, “Every time I try to use it, I feel like my father must have felt when I was 9 years old and challenged him to a game of Sonic the Hedgehog. I end up flustered and sweating, haplessly punching runic symbols in a doomed bid to accomplish the basic task of viewing my friends’ messages before they expire. Snapchat, in short, makes me feel old….and, that might be it’s greatest appeal.”

When I asked my own Digital Daughter Amanda about the allure of this teen-only haven she said, “Snapchat keeps your friends close. And, you can be thoughtful. If you see something you both like, you can instantly share – whether it is screen shot of a beautiful Project Runway design or an exasperated Selfie with a caption “Ugh! Homework.”

And, I can’t help but think that Snapchat must be ideal for flirting.  No confrontation.  No accountability.  Just fun.

Fifteen-year-old Maia from New York shared this honest answer, “I don’t really care if my parents understand social networking or not because I do and I’m the one using it. I don’t have the time to explain it to them unless they ask me questions which, when they do, I am more than happy to help them understand.”

For those social-media-savvy parents, please know that many of the girls did feel that we understand social networking…to an extent, anyway.  More moms than dads, and mostly Facebook.

More insight from Jamie, “I don’t think they understand it and value it in the same way I do. However, I think they know what it means and what the overall point of it is. I mean, they kind of have to considering our life is surrounded by it.”

What is it that you don’t get?  What do you wish our girls understood?