The Top 10 Female Role Models AND Communicators of 2015

All of you who admire the articulate, the well-versed, the inspirational, may be heartened to know that I am back with this year’s second annual ranking of the top 10 female role models and communicators!

Unlike the typical top 10 rankings of the most celebrated, sexy and glamorous, this “best-of” list highlights those influential female role models whose messages had a powerful and important impact on the way young girls and women – and hopefully boys and men – present themselves to the world.

We need to empower girls and women to find their own authentic voice; to speak with confidence and conviction. And we need to celebrate those among us that are great role models. This year’s “top 10” are all articulate, clever, courageous and inspiring.

There were so many great women to choose from, and I am sure I left out a bunch of great women – including German Chancellor Angela Merkel, who should be on this list, but has admitted to not liking the podium – but please feel free to comment below and let me know who inspired you this year! 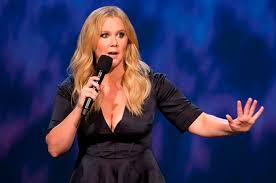 This is the year of Amy Schumer. She is the creator and star of her own award-winning cable series “Inside Amy Schumer, and writer of her own romantic comedy, “Train Wreck.” She is a fearless, raucous and provocative comedienne who speaks out on topics like feminism, sex, body images and relationships. Amy is unafraid of what others say and think about her. It seems to be working out just fine!

As a leading contender for the democratic presidential ticket, and as a powerful and passionate advocate for girls’ and women’s rights globally, Hillary Clinton has often said that there cannot be true democracy unless women’s voices are heard. If you want to learn how to deliver a great speech, Hillary Clinton is prolific and inspiring and there is a whole web site dedicated to her speeches. 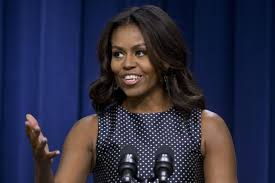 “Do not bring people in your life who weigh you down. And trust your instincts … good relationships feel good. They feel right. They don’t hurt. They’re not painful. That’s not just with somebody you want to marry, but it’s with the friends that you choose. It’s with the people you surround yourselves with.”

Our first lady is a class act.   She always presents herself with strength of purpose, a sense of style, and a sense of humor. In September, Michelle Obama unveiled the global campaign for girls’ education during star-studded Central Park concert festival. If anyone can deliver the message effectively to teens that the key to success is staying in school, staying away from drugs and delaying children until after marriage it is Michelle Obama.

“I raise up my voice-not so I can shout but so that those without a voice can be heard…we cannot succeed when half of us are held back.”

Is there anyone more inspiring, fearless and exemplary than Malala Yousafzai? She is the youngest recipient of the Nobel Peace Prize and took to the United Nations’ world stage demanding that world leaders provide free education to all children. At September’s Global Citizen’s Festival, Malala spoke out for girls’ global educational rights and she has launched a call for all the world’s children to receive 12 years of free quality education. We all stand in awe. 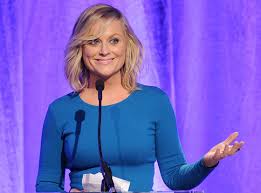 “Change the world by being yourself.”

Actress, writer, director, producer and funny woman Amy Poelher is actively using her talent and position to empower girls to “celebrate your truest self.” Along with two of her “besties,” she created the web series “Smart Girls at the Party” and has a great site, an Instagram (amypoelhersmartgirls) and Facebook page where you can become a part of the greater Smart Girl community engage in volunteerism, civic activism, cultural exchange, and self-expression through the arts. She is a formidable presenter, and along with her sidekick, Tina Fey, presented at the 2015 Golden Globes, and starred in the recent movie, Sisters. 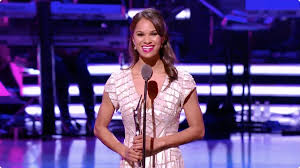 In 2015, Copeland, was named principal dancer at the prestigious American Ballet Theatre. The promotion had been 14 years in the making, since Copeland joined the American Ballet Theatre. In the 75 years since the company’s founding, Copeland has become the first African-American woman to earn this distinction. Copeland has blazed new paths and broken down barriers. Her memoir, Life in Motion, made the New York Times best-seller list; her “I Will What I Want” commercial for Under Armour went viral; and she’s doing all she can to reach communities with little exposure to ballet.

“With a defeat, when you lose, you get up, you make it better, you try again. That’s what I do in life, when I get down, when I get sick, I don’t want to just stop. I keep going and try to do more.”

Superstar Serena Williams was just named Sports Illustrated’s 2015 Sportsperson of the Year is Serena Williams,  and the 2015 AP Female Athlete of the Year, her fourth win after a long and celebrated career. In 2015 alone, Serena won the Australian Open, French Open and Wimbledon before missing the Grand Slam title with a loss at U.S. Open semifinals. Serena inspires all of us with her incredible work ethic and attitude: “It doesn’t matter what your background is and where you come from, if you have dreams and goals, that’s all that matters.”

The singer/actor/popular-culture icon known simply by her first name, Beyoncé, needs no introduction. In 2015, she along with other powerful female celebrities like Lady Gaga, made strides for international human rights by asking the G7 and the African Union to tackle the huge international issue of women’s poverty. Beyoncé shines a light on female power.

“Don’t waste your energy trying to educate or change opinions; go over, under, through, and opinions will change organically when you’re the boss. Or they won’t. Who cares? Do your thing and don’t care if they like it.”

Comedian, actress, writer, producer and dedicated mom Tina Fey was not only the third female winner of the Mark Twain award in 2010, but also the youngest ever. In her 2011 bestseller “Bossy Pants,” she nails it with her, “A Mother’s Prayer for her Child,” offering hilarious and well-heeled wisdom on raising a daughter. She is a formidable presenter, and along with her sidekick and bestie Amy Poehler, presented at the 2015 Golden Globes, and starred in the recent movie, Sisters.

“The most important thing in life is that you are true to yourself.”

Jenner revealed her identity as a trans woman in April 2015 and publicly announced her name change from Bruce to Caitlyn in a July 2015 Vanity Fair cover story. Her name and gender change became official on September 25, 2015.[10] She has been called the most famous openly transgender woman in the world, and she has opened up what was a previously taboo and difficult conversation.