Vocal Fry: The Hot New Verbal Fashion Trend that May Take the Sizzle Out of Your Next Interview 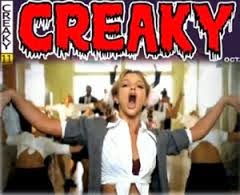 Over Memorial Day weekend, I was thrilled to reunite with a friend from my Broadway theatre days when we were “younger than springtime,” “side by side by side,” and dared to “dream the impossible dream.”  No, we were not performing on-stage (although we sang constantly), but the junior publicists behind the stage promoting shows like Les Miserables, Phantom of the Opera and Cats.   Now, years later, Larry is a successful TV-writer, and, as always, hilarious and a great read of people.  I told him about my mission to get women to not let the sound of their own voices get in the way of success and he had a lot to offer.

According to Larry, many young actresses who come in to read for parts are riddled with the “like syndrome,” and speak with the upward glide (the inflection at the end of sentences that make statements sound instead like questions), but the main thing that undermines their success is their use of vocal fry, that low-pitch creaky sound that is studied by singers but has found its way into the speech patterns of American women.  Although they think they sound adorable, he told me, they really sound ridiculous, disinterested and insincere.  And, it works its way into their readings.  Take two!

Now a new study confirms that adopting this pop-culture infested “creaky voice” may affect your chances of getting and keeping a job.  The study, published online in the open-access journal PLOS ONE (The Public Library of Science ONE), indicates that “women who speak in vocal fry are perceived as less attractive, less competent, less educated, less trustworthy, and ultimately less hirable.”

The study’s author, Casey A. Klofstad, Ph.D., associate professor of political science at the University of Miami, said, “Our findings suggest that perceptions of speakers based on their voices can influence hiring preferences for female job candidates.”

Klofstad along with colleagues at Duke University recorded women and men speaking the phrase, “Thank you for considering me for this opportunity” in both their normal tone and in deliberate vocal fry. According to the University of Miami news release, “Researchers played those recordings for 800 study participants, and asked the listeners to choose which speakers sounded the most educated, competent, trustworthy, and attractive.  Participants selected the speakers of the normal voices more than 80% of the time for all five judgments.”

When the researches looked at male versus female speakers, they found that, “While vocal fry is perceived negatively in both male and female speakers, women who use the affectation are perceived more negatively than men who use it. One explanation is that because women have higher voices than men on average, the lowering of voice pitch via vocal fry results in a sex-atypical voice pitch modulation for women.”

So there you have it.  But what’s the fix for this new verbal fashion trend?

According to Marci Maculuso, a former actress who found her next calling in speech-language pathology, the most challenging behaviors have a simple solution, but it takes desire and hard work.  She recommended three steps:

I told my 21-year-old niece Naomi, a theatre major at University of Maryland, about Marci and she was fascinated.  According to Naomi, “I think the same things applies for speech in casual conversation and professional life.  The use of all of those verbal crutches is another way to hide ourselves from the world because even if we’re saying what we mean, we don’t sound like it. We’ve become afraid to show who we are because we don’t want to be judged by anyone. And our society is soooooo judgmental. It’s so much easier to say something passively, because if you don’t sound like you truly believe it, you won’t get judged as hard for it.”

Naomi went on, “Your blog highlights for me one of the reasons I am glad to be a Theatre major.  What happens in rehearsal comes out on stage.”